It's Always Worth Taking a Closer Look.

The Southern Skimmer,Orthetrum brunneum can be quite common in Southern Europe although here in the UK it is unrecorded.Breeding has taken place in the Channel Islands and the species is gradually spreading northwards through France.
This Skimmer is very similar to the Keeled Skimmer and in Greece where I regularly holiday it can be tricky to separate it from the anceps subspecies of the Keeled.However there are several minor differences which are not obvious in the field.Careful study of any photographs seems to be the best method,especially to a non-expert like me.So a close look at two photos from last August taken on the Greek Island of Thassos identified this as a probable immature male Keeled Skimmer.
It looked a good candidate for a first Southern Skimmer for me.However, although this individual has several double cells in the right place on the outer wings for a Southern Skimmer,so too can the Keeled,usually in fewer numbers.Other features are necessary to confirm which species it is such as abdomen shape and the markings on the thorax.Therefore unless it 'ticks all the boxes' identification is not always certain. 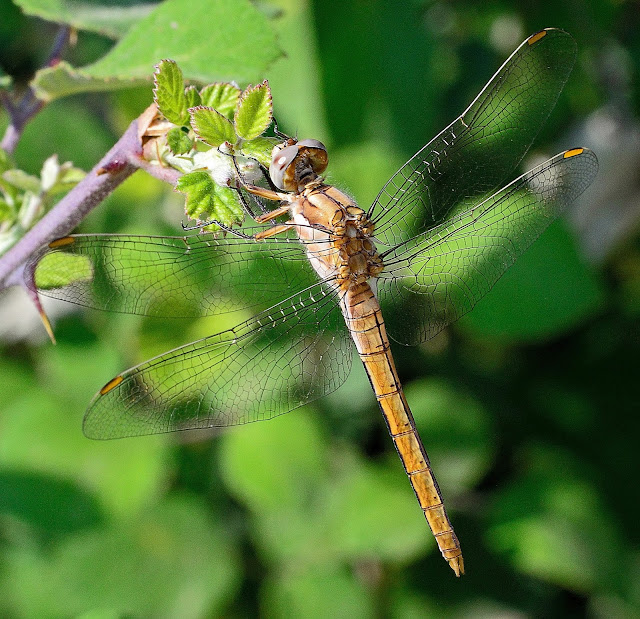 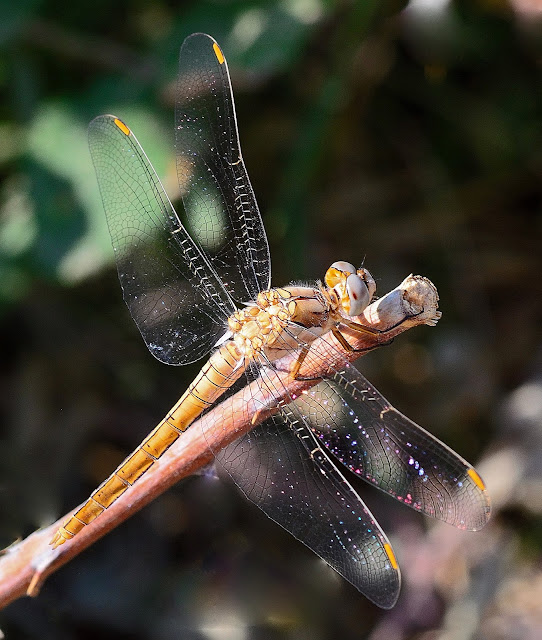 A count of at least eight adult male Small Red-eyed Damselflies this morning at a garden pond in the village of Shalfleet,all on their own ...