A Trip to Rhodes.

The Greek Island of Rhodes,situated close to the Turkish mainland  is a very popular holiday destination for the British and is a unique area for dragonflies not seen in the rest of Europe.
A family vacation this last week to enjoy the town of Lindos in the south of the Island and hopefully encounter some of the Rhodes wildlife in and around our holiday complex.The countryside nearby is hilly with bare rock slopes and a scattering of scrub and herb plants baked dry by the hot summer sun.
However there is no shortage of water as the torrential winter rains fill the several large reservoirs across the Island.Thanks to regular irrigation of the hotel gardens there is usually running water around at some time which becomes a magnet for any passing dragonflies,as well as the two swimming pools which also attract the insects
My first encounter was a female Red-veined Darter right outside the ground floor balcony and more of these darters were seen along the dry track passing by the complex. 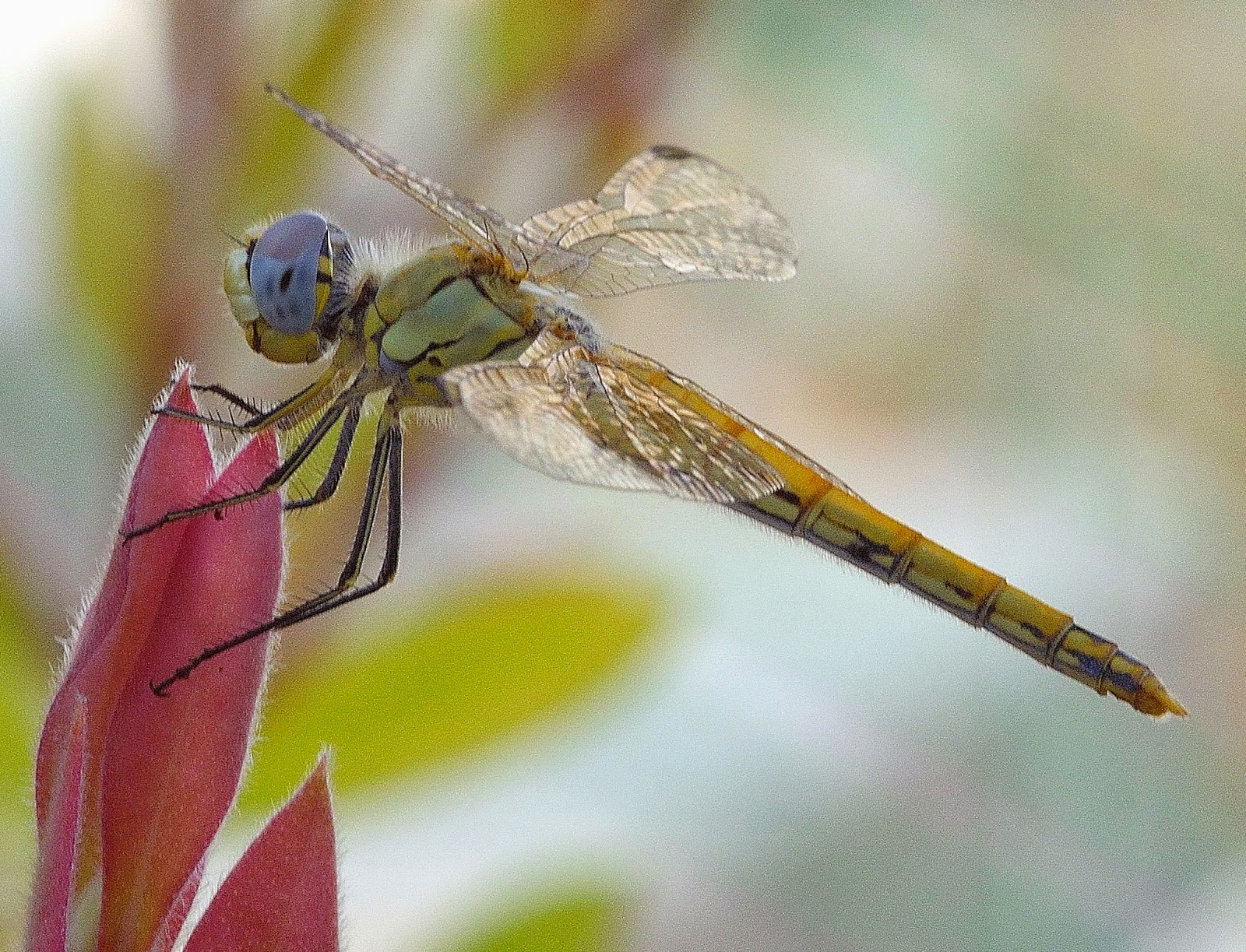 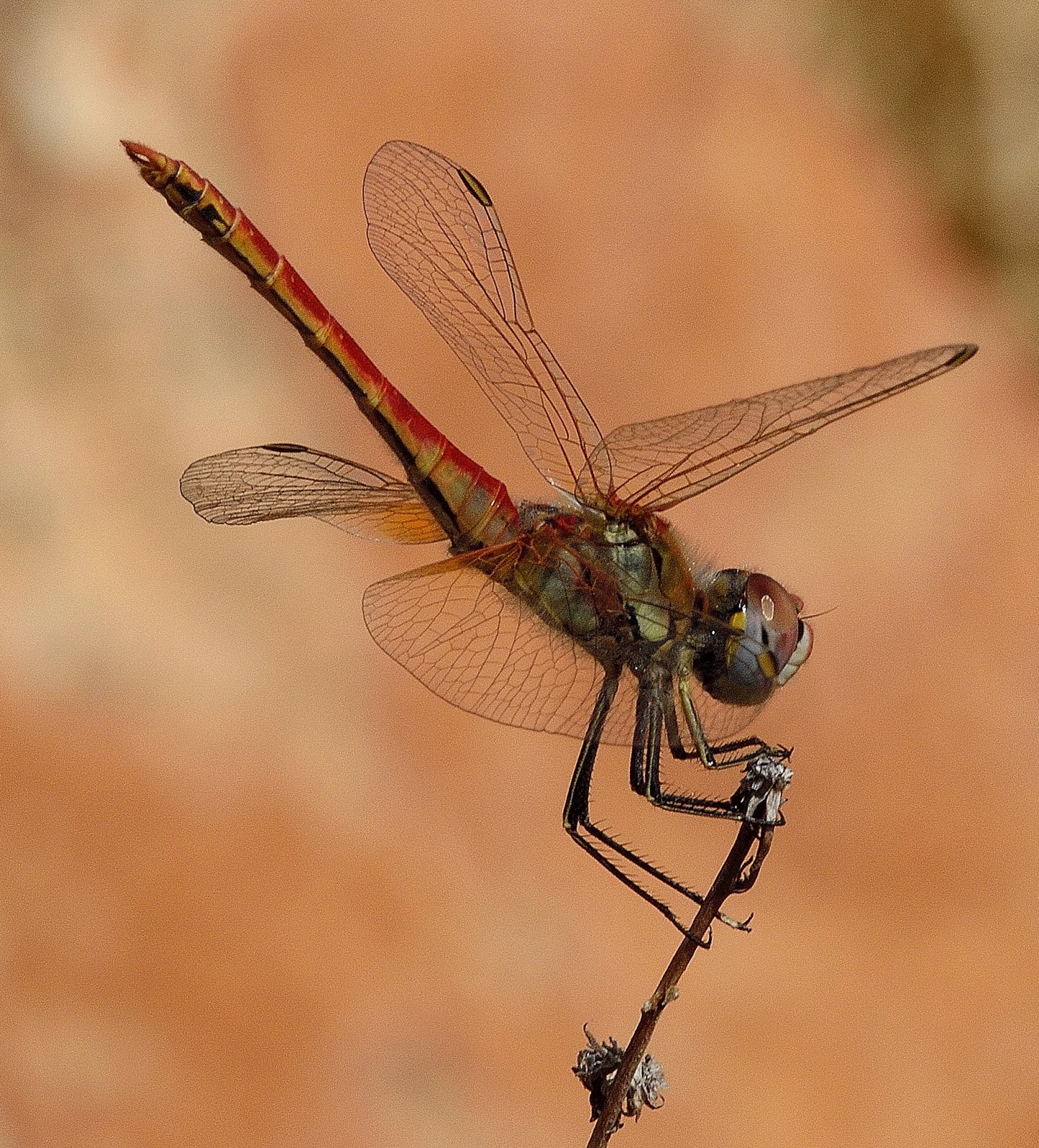 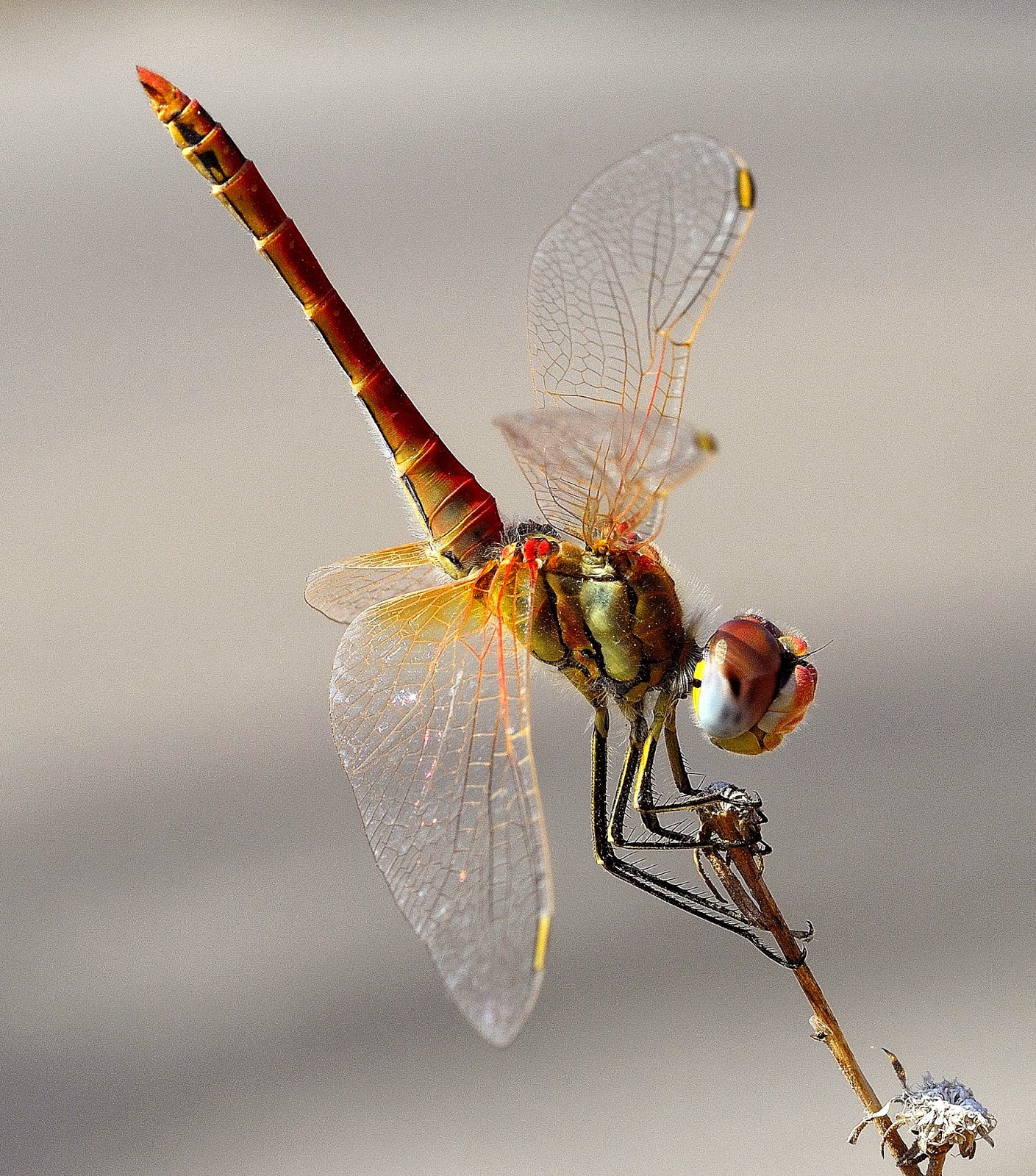 A great find was a mature male Small Skimmer which took up position on one of the hotel paths where water from a garden  trickled across. 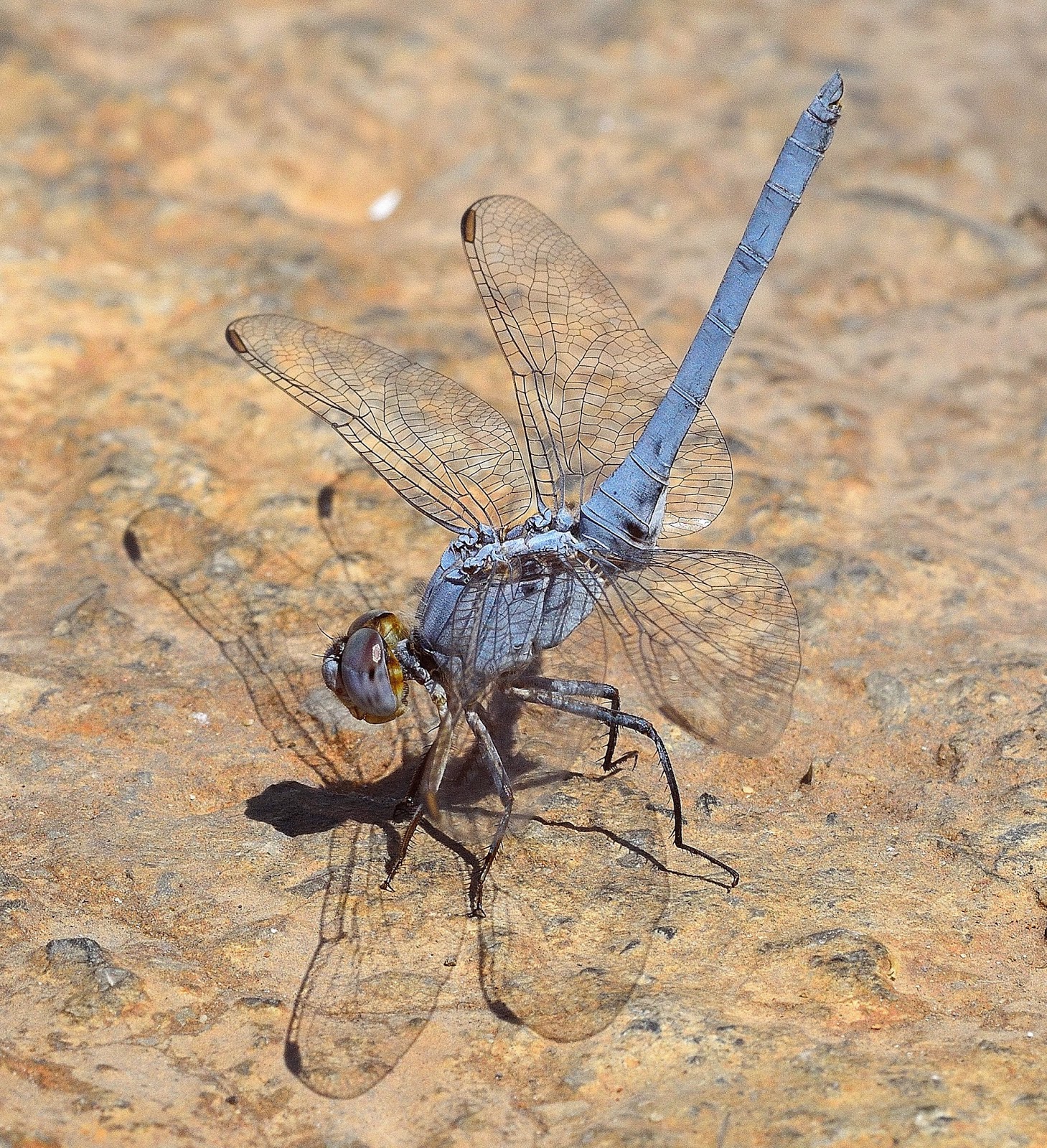 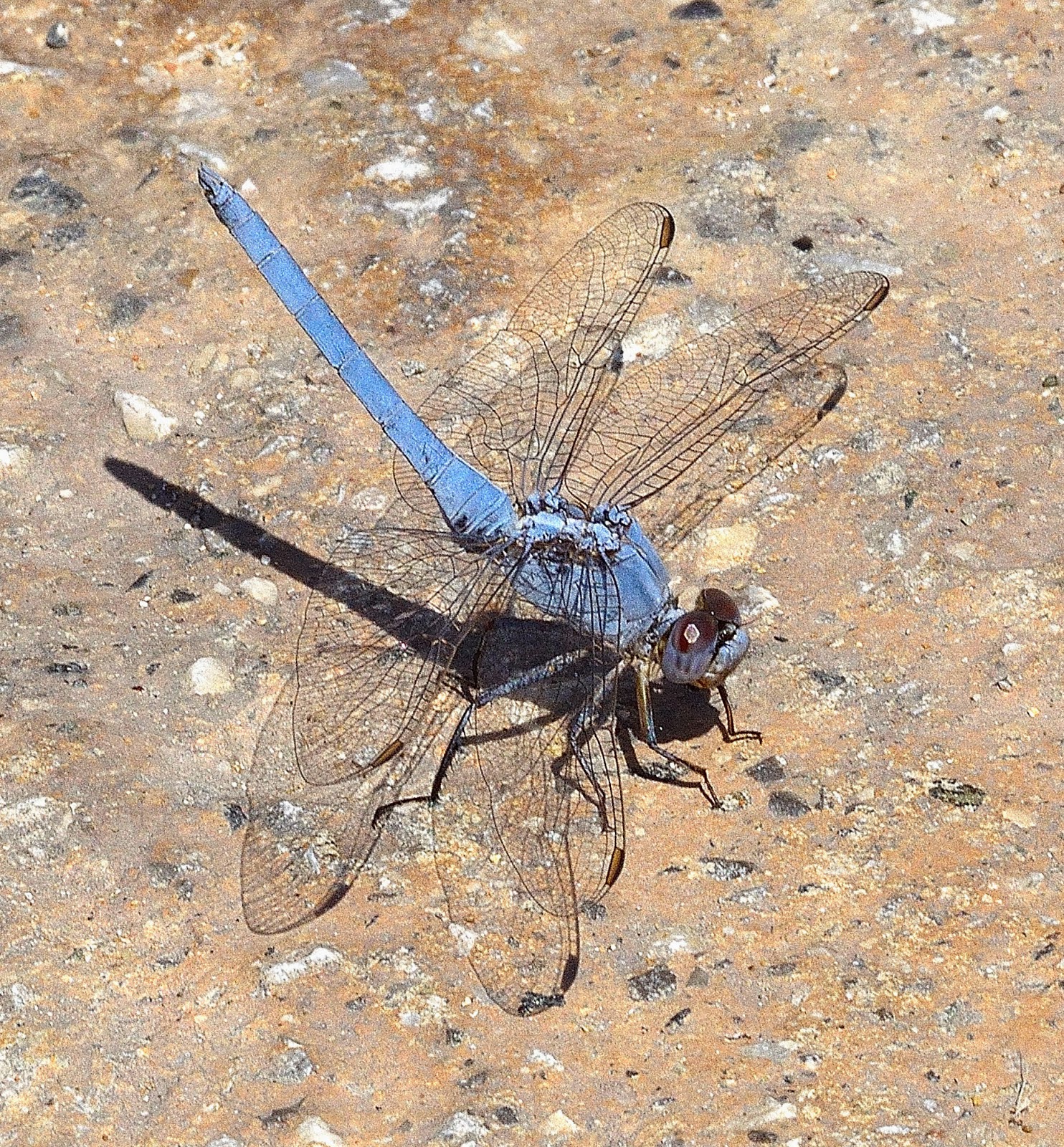 Perhaps the best sighting was at the edge of the swimming pool where I closely observed a beautiful male Violet Dropwing. Sadly as I was in the pool at the time and not in the habit of taking the camera in with me I missed the opportunity to takes its picture.Not the first time that I have seen this species at the side of a swimming pool as last year in Lefkada I was lucky enough to get a shot of this handsome dragonfly.
The swimming pool was also patrolled by more than one large dragonfly at regular times of the day.
.
What laughingly could be called a pond for terrapins was the brief domain of a male Epaulet Skimmer. 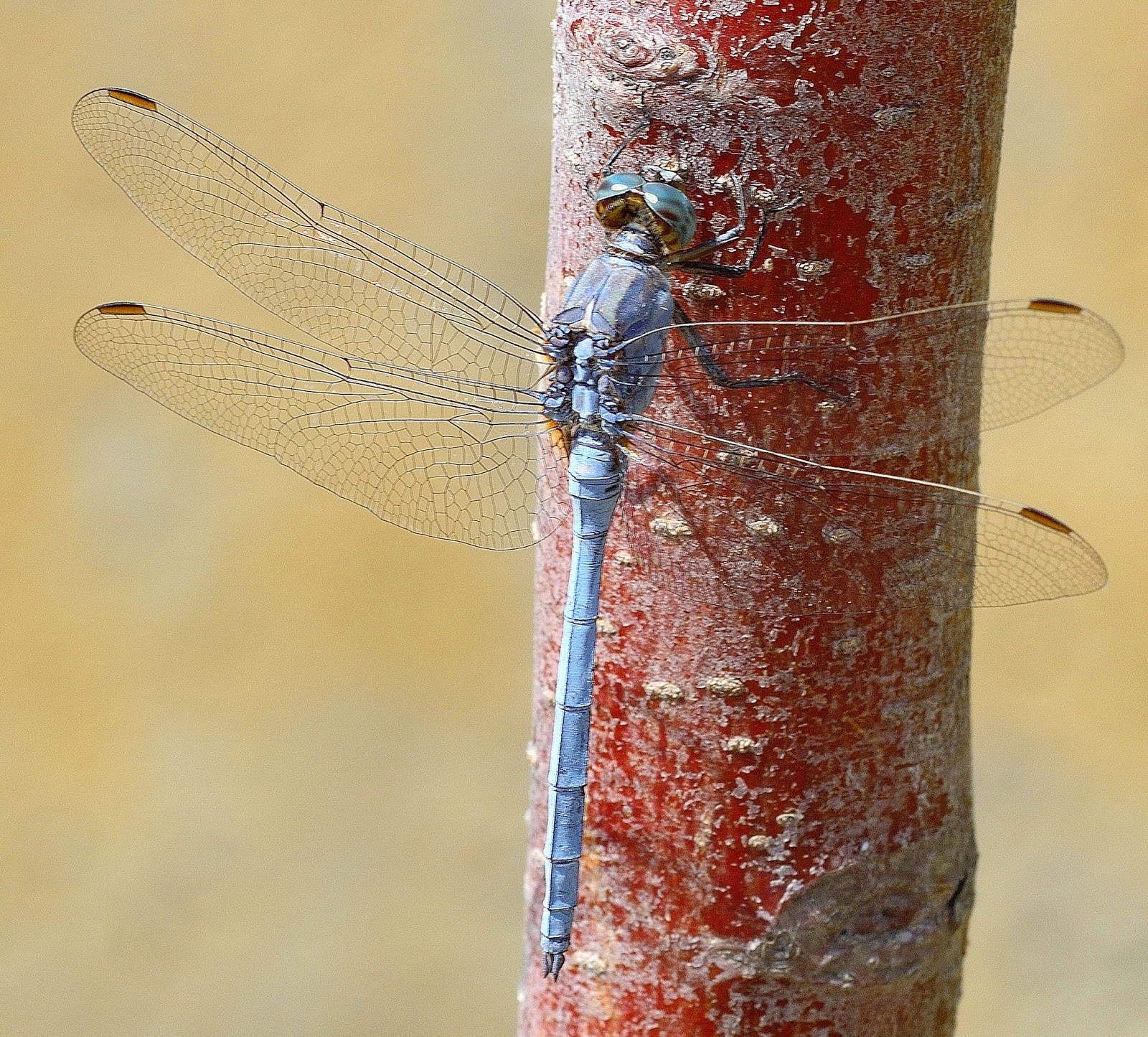 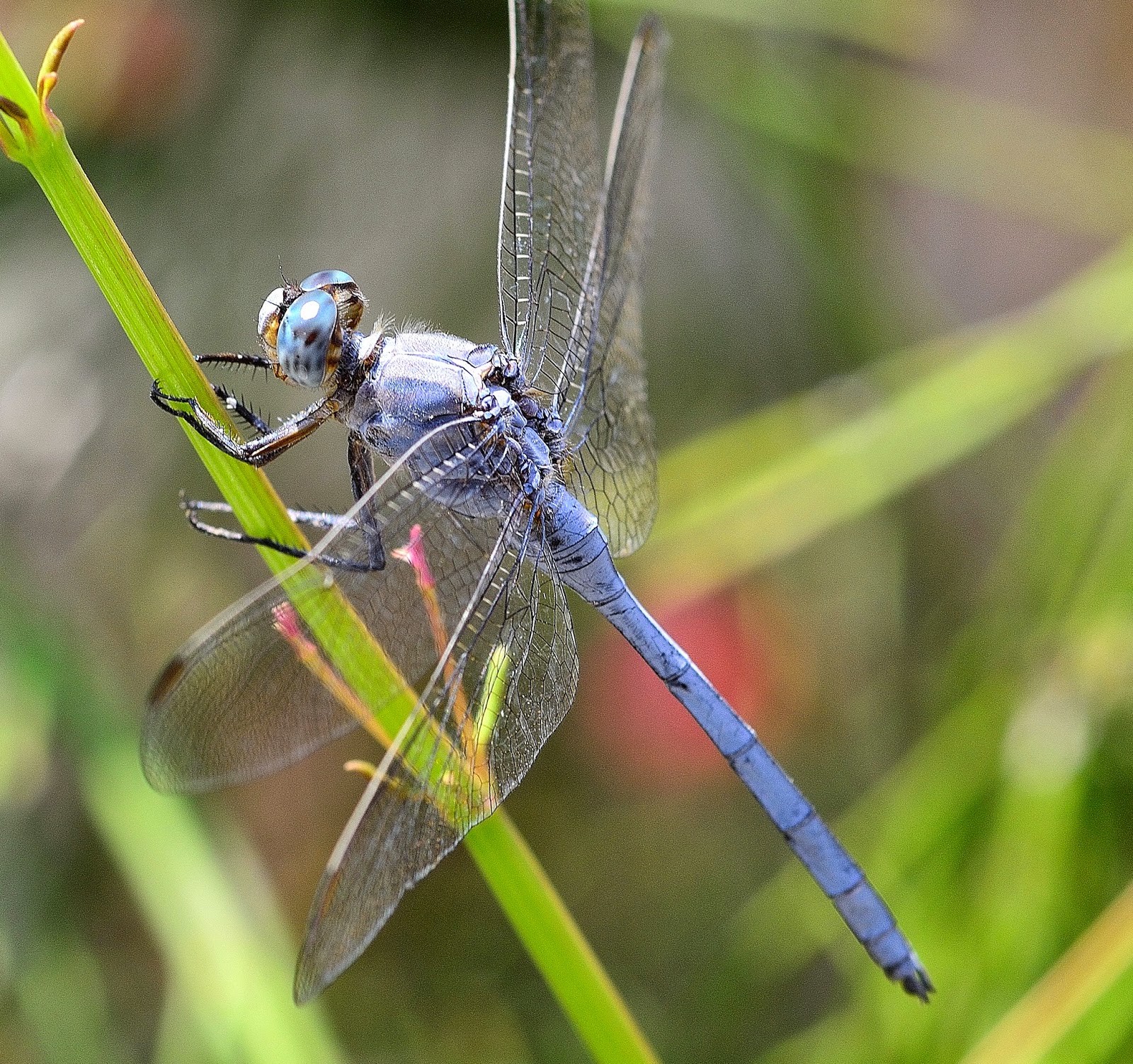 A regular visitor outside our balcony was this immature male Blue-tailed Oertzeni's Rock Lizard.Another colourful animal on this Island.
Also a delicate Praying Mantis on the lookout for another meal. 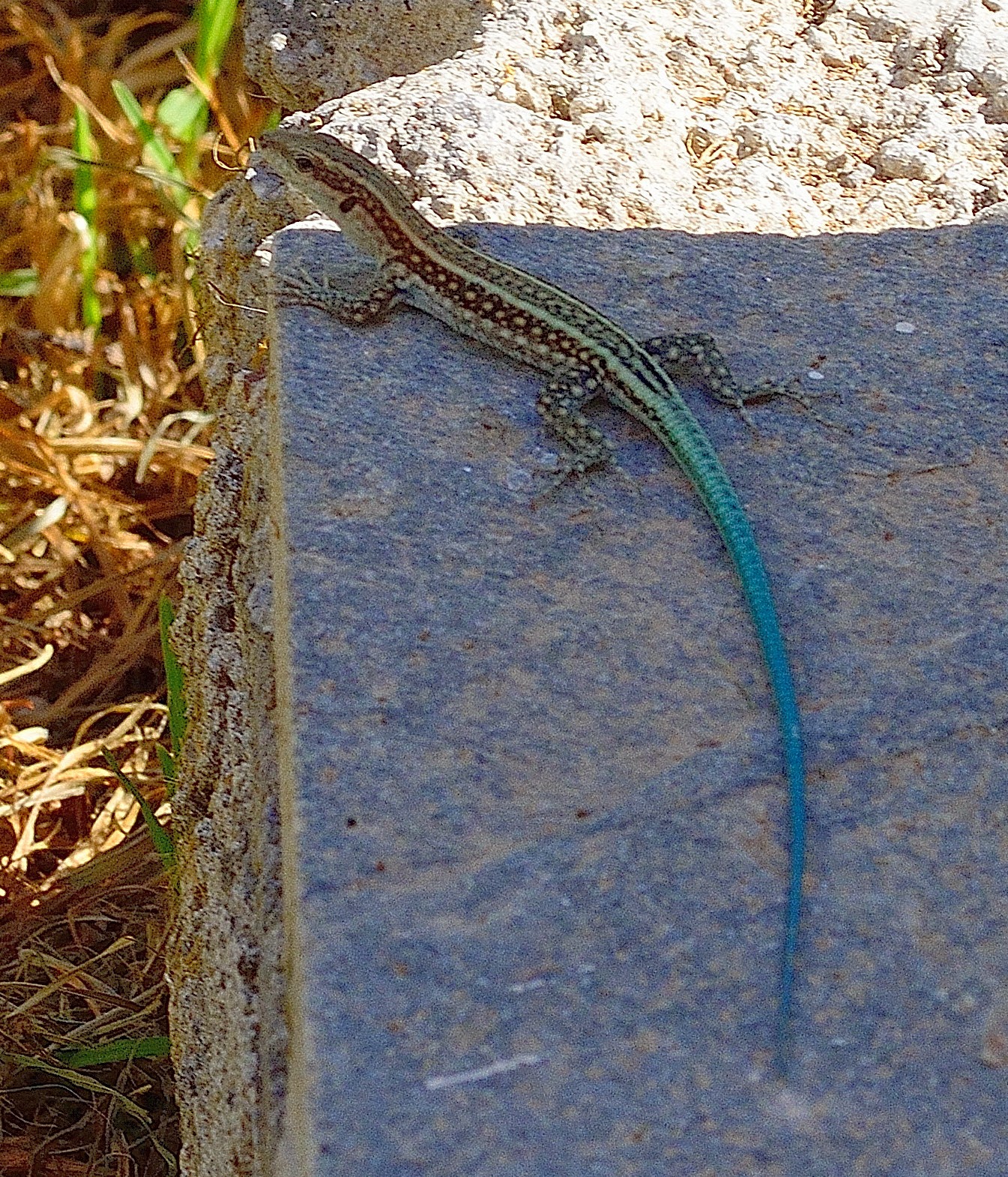 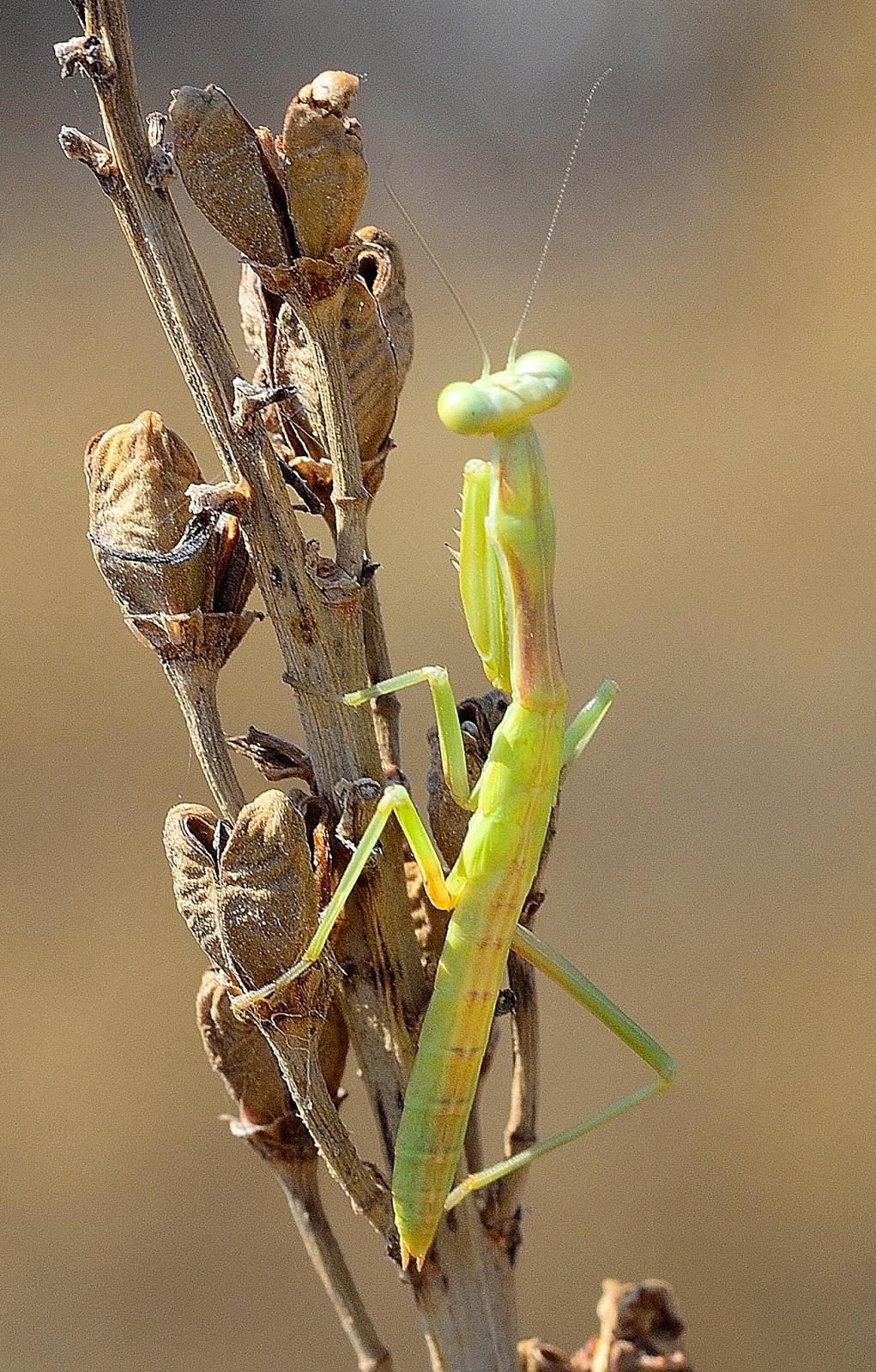 A week ago the first Beautiful Demoiselle appeared at Shalfleet and today in warm sunny weather the count had reached at least 30 on the sh... 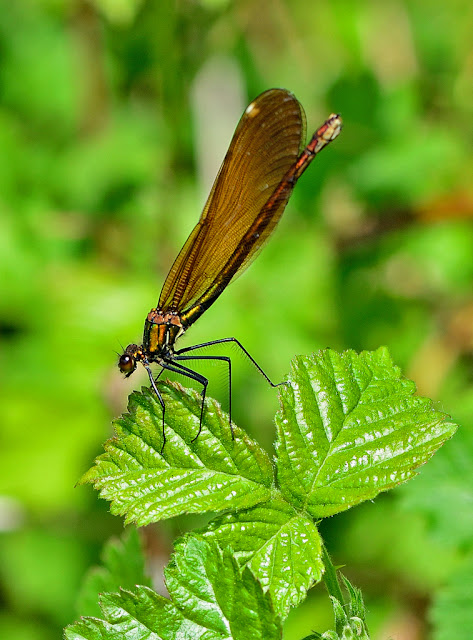